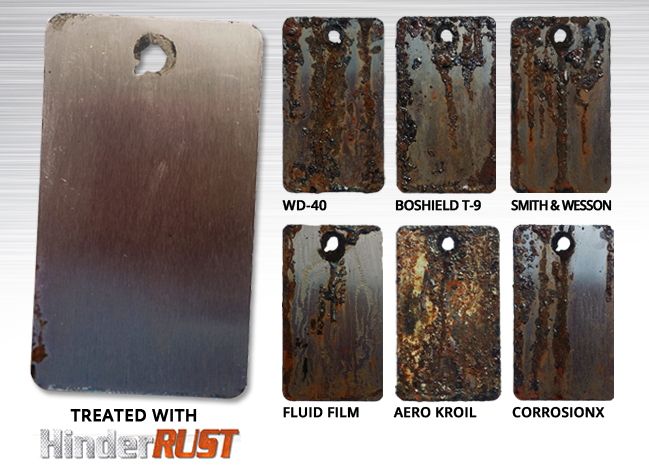 HinderRUST™ is the first scientifically formulated rust inhibitor with surface-active adsorption chemistry, preventing rust longer and more completely than any other rust preventer in the world. The Rust Stopping power of HinderRUST™ was developed by world-renowned lubricant chemist Franklin G. Reick, also the inventor of Tufoil, an engine oil lubrication additive that holds the Guinness Book record as the world’s most efficient lubricant.

Unlike most other rust inhibitors, HinderRUST™ is based on solid science and chemistry. As a surface active product, HinderRUST™ attacks existing corrosion and displaces moisture as it reaches deep into the smallest areas to penetrate the base metal, putting an end to rust and corrosion without needing to be reapplied every season.

Here are some other blog posts you may be interested in.

Elements to Include in Your Window and Door Marketing